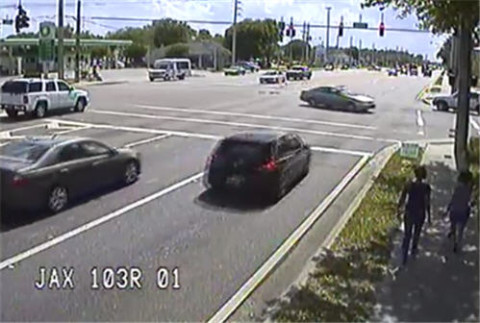 The Jacksonville Sheriff’s Office Red Light Enforcement Program includes more than three dozen red-light cameras at intersections across Duval County. The sheriff’s office recently began sharing videos of select red-light runners on its YouTube page in a feature called “Red-Light Runner of the Week.” Here’s a look at some of the videos. (Image from Jacksonville Sheriff’s Office) 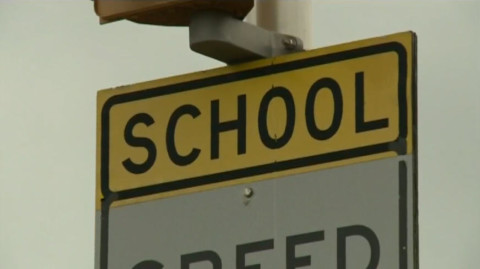 Hays County officials approved a new plan that could cost drivers big bucks if they don’t slow down in school zones. County commissioners have contracted with American Traffic Solutions to provide two speed camera vehicles that would rotate among 15 Hays County schools to catch speeders. The vehicles will be visibly marked and prominently displayed. (KVUE-TV ABC 24 image) 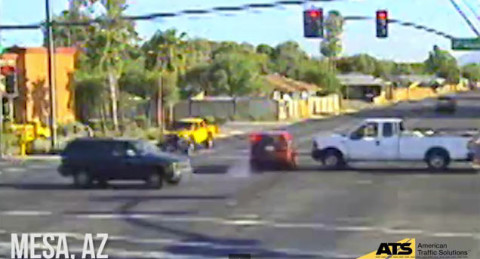 By a 15-13 vote Monday, the Senate killed legislation that would have outlawed photo enforcement of traffic laws. SB 1167 would have wiped out not just the automated speed cameras but also the cameras at intersections that catch those who run red lights.

Under the terms of an agreement approved Monday by the City Council, the city of Fayetteville will partner with American Traffic Solutions to launch a red-light safety camera program. … During the city’s previous automated enforcement program, side-angle crashes diminished 27 percent at the eight intersections with cameras.

The Iowa Supreme Court on Friday said local traffic camera ordinances in Iowa that hold the owner of a vehicle responsible for violations even if someone else is driving are not unconstitutional or in violation of law. The ruling addresses a fundamental design of the traffic enforcement camera industry as well as a complaint voiced by some in every community with the cameras in place. The Sioux City Journal reports the defendant has no interest in an appeal.

Two Pennsylvania state lawmakers, Rep. Harry Readshaw, D-Carrick, and Sen. Randy Vulakovich, R-Allegheny, are bringing back bills to allow local police to use speed radar. Pennsylvania is the only state in the country that prohibits municipal police from enforcing speed limits with radar. Since 1961, only state troopers are allowed to use radar.

American Traffic Solutions (ATS) is pleased to introduce Hays County, Texas, as its newest client. Under the terms of the newly struck agreement, ATS will work with the county to implement a school zone speed safety camera program for an initial term of 10 years with options for renewal. ATS is honored to be selected as the vendor for this program and looks forward to working with Hays County and all of its clients on their road safety camera programs. 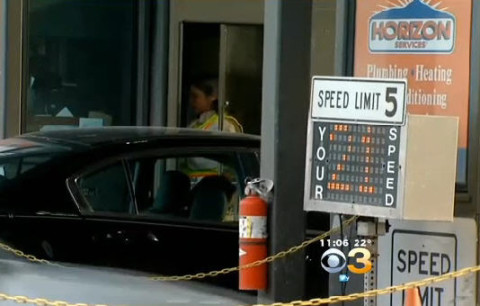 E-Z Pass has saved countless on-the-go drivers time at the tolls. But speeding through toll lanes has become all too common an occurrence. … Changes to slow drivers include issuing warning letters to speed violators, and repeat offenders could have accounts suspended or terminated. (KYW-TV CBS 3 image) 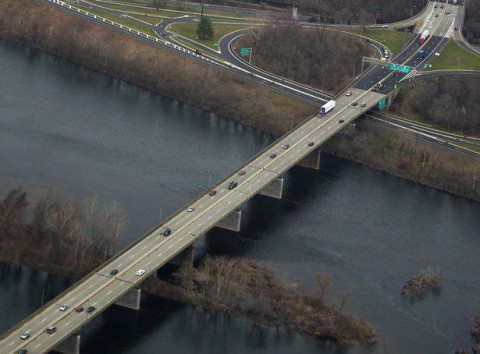 The Delaware River Joint Toll Bridge Commission is moving ahead with the replacement of the Scudder Falls Bridge, the most significant step in the project in over two years. … As part of the project, a southbound all-electronic toll collection system will be implemented, consisting of high-speed E-Z Pass tag readers and video cameras to identify license plates from non E-Z Pass customers. There is currently no toll collected on the bridge. (Times of Trenton file photo)

NHTSA @NHTSAgov Don’t be an aggressive driver. Always obey speed limits, whether you’re late or not, keep a safe distance between… http://fb.me/1PljK7WA7 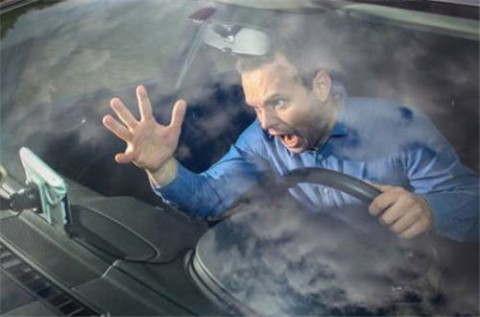 Attention: red-light runners. Not so fast. Sen. Kelli Ward’s attempt to make it easier for you to run red lights at your leisure without worry of getting caught went down in flames this afternoon — to her dismay. Four Republicans joined with Democrats to kill Senate Bill 1167, which would ban photo radar –(both speed and red-light cameras —