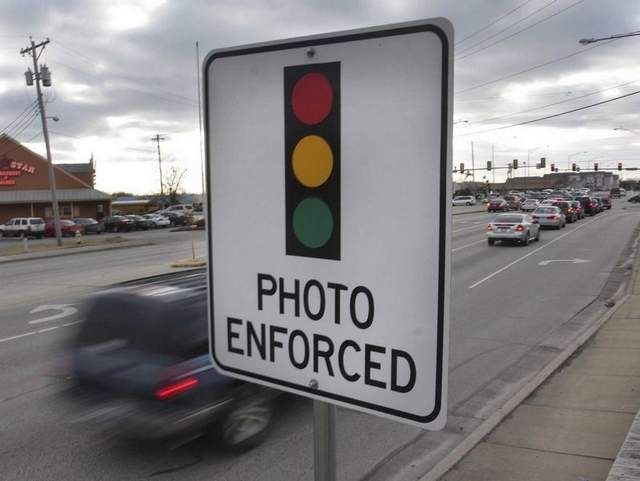 Two-thirds of drivers in 14 big cities with longstanding red light camera programs support their use, a new survey from the Insurance Institute for Highway Safety indicates. The findings follow an Institute study demonstrating that cameras have reduced the rate of fatal red light running crashes by 24 percent in these same cities.

The Borough Council formally adopted an ordinance to bring red-light safety cameras to the community. The decision allows the project to be put out for bid.

Red-light cameras will guard a handful of Melbourne intersections, but not for at least a year while city leaders wait out lawsuits and potential state law changes stemming from the controversial devices. 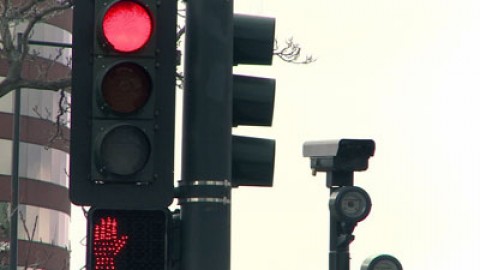 Revenues for Colorado Springs are higher than expected this year, thanks in part to red light cameras and photo radar.

Police officers and traffic cameras brought in another record amount in 2010, almost reaching the $40-million mark for the first time. 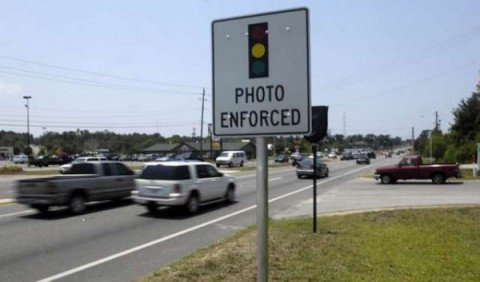 A video from a patrolman’s dashboard camera at a routine traffic stop was all Pohatcong Township Council needed to decide if they would install red light cameras at two troubled intersections. The footage showed a truck colliding with a car.

A new and improved Wikipedia article about red-light safety cameras has been posted on this popular free encyclopedia site. The article provides a more up-to-date account of red-light safety camera technology, the issues that surround the program and where and why it is used in the United States and countries around the world. Please take a look.

I now see that our constitutionally protected liberties include the liberty to do what we want, when we want to do it, especially if the situation is not dangerous to anyone else as determined by ourselves, like knowing when it’s OK to run a red light.

Letter to Editor: Red-Light Camera Ticket Could Save a Life
The Bellingham Herald (Washington), June 28, 2011

We need more of the proposed red light cameras, and violators need to be fined with $1,000 tickets.

Commentary: 7 Driving Mysteries That Could Save Your Life
YahooHealth.com, June 21, 2011

The most dangerous thing most people do in a typical day is get behind the wheel. Car crashes are the leading cause of death for Americans ages 5 to 34.

@ATS_RoadSafety Traveling over the 4th of July weekend? @MADDonline has safe summer travel tips while you are on the road! http://bit.ly/jwc72O

A new study released Thursday shows just how many people in Washington, D.C., actually like red-light cameras, and the number may be higher than you think.

Ever wonder how red-light safety cameras are programmed to snap a photo if a driver runs the light? The process is more than a flash and an automated ticket. In fact, most of it is far from automation.

Under a state Department of Transportation pilot program, thousands of New Jersey drivers have been ticketed for running red lights at intersections monitored by cameras.

“I really think it will be a positive, and it will eventually, we hope, change the behavior and have people start stopping at red lights when they’re supposed to rather than seeing the yellow and speeding up.”
Michael Goldfarb, police chief of Eatontown, N.J.
Atlanticville.com (New Jersey), June 30, 2011

“It’s only a matter of time that a more serious accident will occur and someone dies.”
Jim Kern III, councilman and mayor-elect of Pohatcong Township, N.J.
The Express-Times (New Jersey),  June 24, 2011 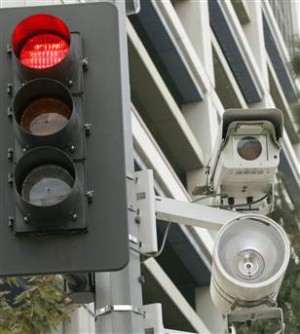 Canada
Traffic fatalities have decreased 25 percent in the province of Alberta, Canada, from 2007 to 2010. The province includes the cities of Calgary and Edmonton, two locations using red-light safety cameras. A total of 351 people died on the province’s roads in 2010. SOURCE: Calgary Herald, June 28, 2011.

Florida
Police officers issued 587 tickets and warnings to red-light runners in the past year in Melbourne. Officers reported 67 red light running crashes involving one fatality and 47 injuries for the past year. This week, the city passed an ordinance to allow red-light safety cameras. SOURCE: FloridaToday.com, June 29, 2011

More than 3,000 warning notices were issued to motorists during Doral’s 90-day red light safety camera phase-in period, for an average of 1,000 notices a month. SOURCE:  The Miami Herald, June 27, 2011.