Frederick City Police Department (“FPD”) investigators obtained red light camera footage that showed Shorb’s vehicle fleeing from one of the robberies.  When an FPD police officer later attempted to conduct a traffic stop of Shorb for speeding, Shorb fled from police.  Shorb was apprehended and later admitted to committing the robberies and said that he used a handgun that he tossed into a sewer in Baltimore.

As part of the city’s comprehensive safety campaign, the Department of Transportation will be conducting a variety of safety initiatives that aim to increase awareness about dangerous driving behaviors and the safe usage of city roadways.  These initiatives include

Chicago’s drivers appear to be slowing down, based on a Chicago Sun-Times analysis of the city’s speed-camera data.

This year through March 29, drivers had been caught speeding by one of Chicago’s 151 speed cameras 208,891 times, a Sun-Times analysis of city data found. That’s down 11.8 percent from the same period in 2017.

Top tip: If you want to stay out of trouble, don’t do what this driver did and swear at our mobile safety cameras while driving past in a car fitted with a laser jammer. Today he’s beginning 8 months in jail for perverting the course of justice. 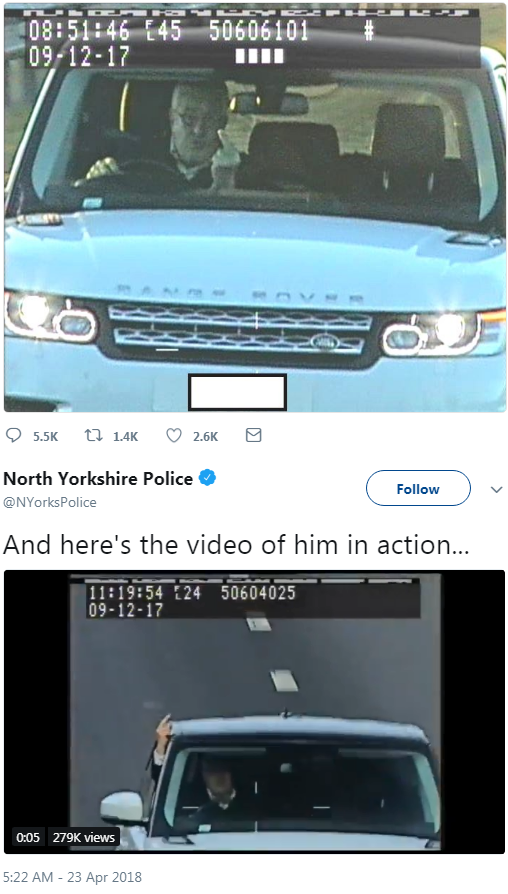