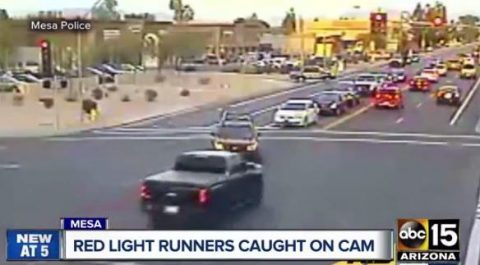 Mesa police are posting shocking videos captured on the city’s 24 red-light cameras on their social media pages, hoping it will serve as a wake-up call to drivers. Police say officers are writing, on average, 100 citations and warnings to red-light runners in Mesa every month. (Mesa Police/KNXV-TV ABC 15 image) 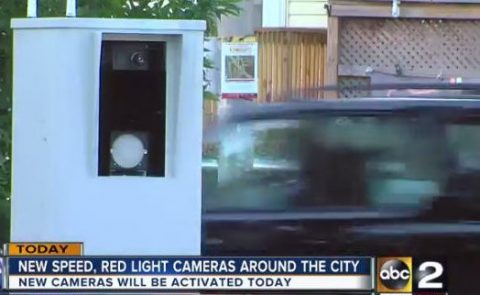 The Department of Transportation has added 15 more speed and 21 additional red-light safety cameras around the city of Baltimore. Speed cameras were activated Monday.  (WMAR-TV ABC 2 image) 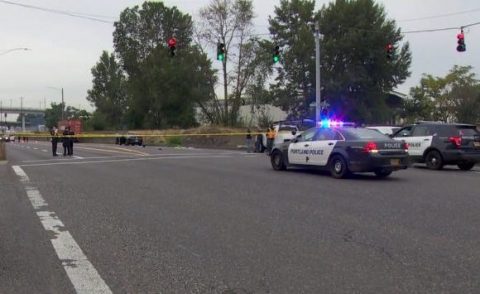 A blind man was struck and killed by a driver Monday morning while in a crosswalk at a North Portland intersection, police officials said. According to officers, the pedestrian was hit when a 34-year-old driver ran a red light at the intersection. (KATU-TV Channel 2 image)

Starting Monday, if you decide to ignore the flashing red paddle telling you to stop for a Seattle school bus that’s picking up or dropping off students, you’ll likely be caught. The school district has installed cameras on 120 of its 379 buses to record what has long been illegal but difficult to enforce. See related articles Seattle Patch and KCPQ-TV FOX 13.  (KCPQ-TV FOX 13 image) 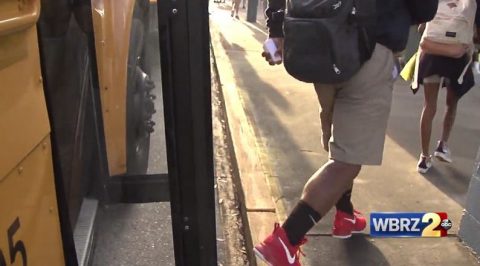 An elementary school student was hit by a car while trying to get on a school bus this morning. The 11-year-old boy suffered minor injuries and is expected to recover. Authorities said the bus was stopped with its lights flashing when the driver passed the bus and hit the child. (WBRZ-TV ABC 2 image) 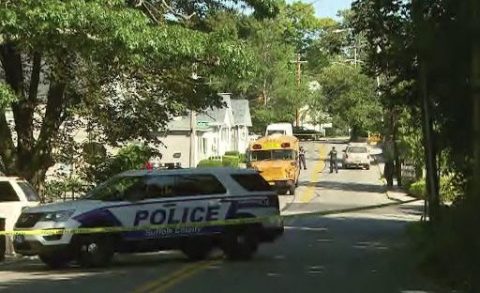 A Long Island boy who was struck by an SUV on his way to his school bus was flown by helicopter to Stony Brook Hospital with serious injuries. Police said the collision occurred as the sixth-grader was walking across the street to board his school bus at about 7:45 a.m. on Sept. 15. The bus had its flashing red lights on and stop sign activated to warn approaching motorists. See related coverage at Newsday and TBRNewsMedia.com. (News 12 Long Island/Newsday image) 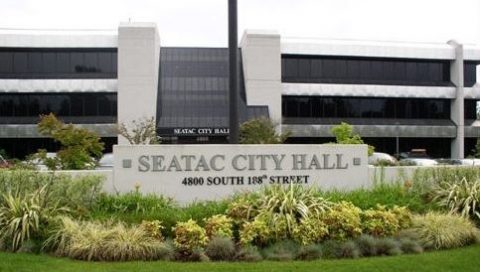 Chief of Police Lisa Mulligan asked the SeaTac City Council to approve an agreement with American Traffic Solutions to replace the current vendor in operating red-light cameras during a three-year contract with a potential extension of two years. The council set the issue for final debate and decision for the Oct. 10 regular meeting. (wsapt.org image) 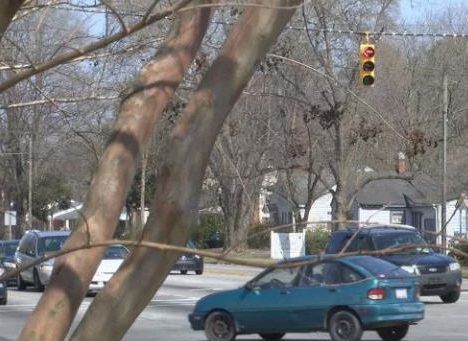 Greenville’s new red-light cameras will enter the 30-day warning period beginning on Oct. 15, when errant drivers will receive a warning. Kristin Hunter, public information officer for the Greenville Police Department, said motorists who violate traffic laws at the five intersections with cameras after Nov. 14 will begin receiving actual violations. The revenue received through the fines will be used to pay for the cameras themselves; extra revenue will go to Pitt County Schools. (WNCT-TV CBS 9 image)

Wilmington leaders on Sept. 19 voted to keep red-light cameras active throughout the city. The city council members agreed to renew a contract with the camera service provider, American Traffic Solutions.  … Along with being a deterrent for crashes, all of the proceeds from the service, which are about $800,000 each year, go to the New Hanover County School system. 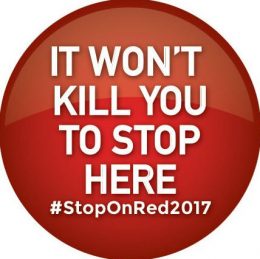 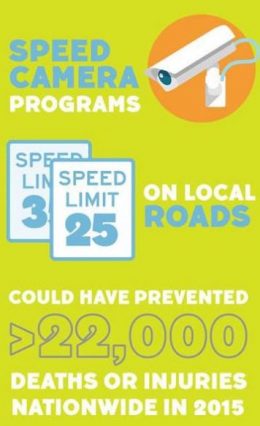 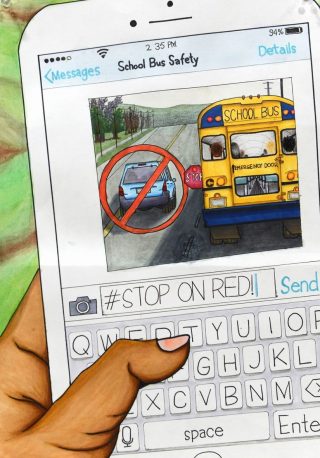 It’s time to get ready for National School Bus Safety Week. Set to begin Oct. 16, this dedicated week is backed by the National Association for Pupil Transportation and is intended to engage parents, students, teachers, motorists, school bus operators, school administrators, and other interested parties in addressing the importance of school bus safety. Learn more at www.napt.org/nsbsw. This year’s theme is #STOPONRED.

Using hashtag #NSBSW2017 and join the conversation on social media. Spread the message to keep our kids safe as they head to and from school. American Traffic Solutions is supporting National School Bus Safety week by partnering with schools and law enforcement nationwide to remind motorists of the laws and safe practices to follow when approaching a school bus. 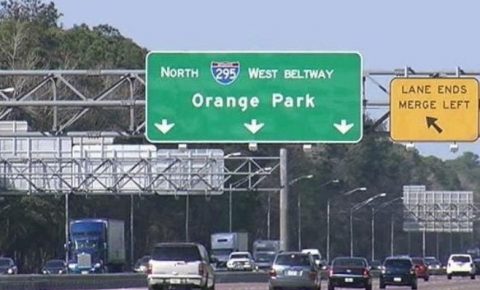 Tolls Progressing for Return Next Year around Jacksonville
The Florida Times Union, Sept. 22, 2017

As the First Coast Expressway and North Florida Express Lanes get closer to offering faster commutes, they also herald a return to tolls in an area that hasn’t seen them in 28 years. (WJXT-TV Channel 4 image)

On Thursday, Sept. 28, at Dover City Hall, the state’s 10-year transportation plan will get a public airing. … As part of the hearing process, state Sen. David Watters, D-Dover, said he will advocate that the state take the further step to eliminate the toll plazas altogether in favor of all-electronic tolling. … We agree with Sen. Watters that the time for all-electronic tolling has come. It has been implemented successfully at Boston’s Tobin Bridge and has recently been instituted along the Massachusetts Turnpike. It works and is cost effective.

As a health care professional I cannot understand the “controversy” over red-light cameras. T-bone crashes, where one vehicle broadsides another is now the deadliest type of collision in the U.S. representing about 13 percent of crashes but about 18 percent of fatal crashes resulting in 25 percent to 30 percent of total deaths. These are now more deadly than head-on or rear-end collisions due to airbag technology.

At least one city in the county has not lost its way regarding red-light cameras. Instead of bowing to complaints of drivers or out-of-towners, Solano Beach decided in favor of human life and to keep its cameras rolling and cut crashes.