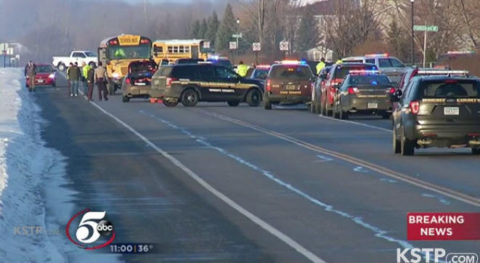 Three high school students were critically injured after being hit by a vehicle that failed to stop for a school bus with its stop-arm extended Thursday morning in Otsego, according to authorities. All three students were taken to Mercy Hospital. (KTSP-TV ABC 5 image) 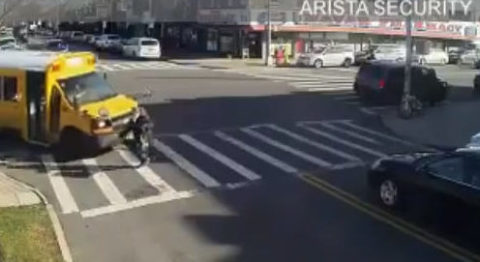 A woman in Brooklyn, N.Y., was hit by a school bus and survived. The victim was crossing the street in broad daylight last Friday when the bus made a right turn and plowed into her before running her over with its front right tire. Authorities say none of the woman’s injuries are fatal. (KOOL-Radio 101.5 FM/Arista Security image)

Many people don’t like red-light photo enforcement cameras at intersections, but what one camera revealed could solve a car theft case. In a FOX 31 Problem Solvers update, a man waiting for a lifesaving lung transplant was never so happy to get a ticket in the mail. The red-light running ticket he received in the mail weeks later, showed the probable thief behind the wheel of their vehicle. (KDVR-TV FOX 31 image) 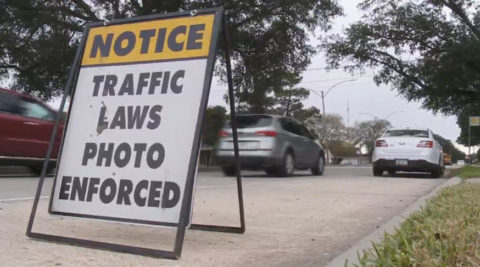 The city of New Orleans deployed new mobile traffic cameras this week, placing them in unmarked cars and school zones. Many drivers traveling in Algiers were caught off guard. “I didn’t see the cameras, but I did see a sign saying that they had cameras,” Algiers resident Mari Cell said. Another resident, Andy Perez, said it’s about time something was done about drivers who speed through his neighborhood. (WWL-TV CBS 4 image) 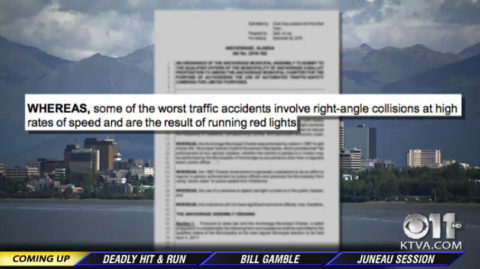 What can be done about red-light runners in Anchorage? Vice Chairman of the Anchorage Assembly Dick Traini says it’s a question he frequently hears from constituents. That’s why he and Anchorage Assembly Chair Elvi Gray-Jackson have submitted an ordinance that would let voters decide whether to allow the municipality to use cameras to ticket drivers that run red lights. (KTVA-TV CBS 11 image) 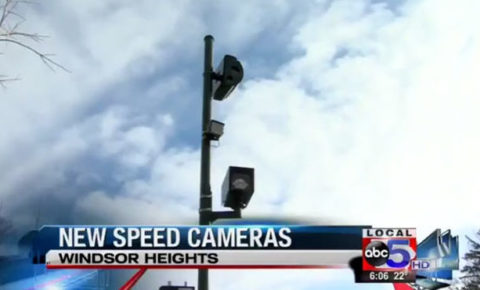 Drivers traveling on University Avenue in Windsor Heights may have noticed the city’s new speed cameras and electronic speed signs. The city installed the cameras from American Traffic Solutions this week, but the system is undergoing testing and will likely be turned on by end of January. The camera uses 3D tracking radar that can monitor 32 vehicles across four lanes of traffic, and produce 12-second videos in full color. (WOI-TV ABC 5 image) 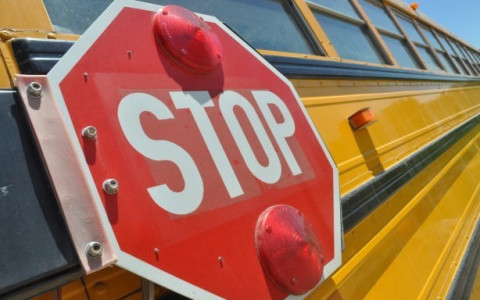 Children boarding a Blair Community Schools bus narrowly escaped injury Friday morning after a semi-truck passed the stopped bus on the shoulder of U.S. Highway 30. The Washington County Sheriff’s Office is seeking witnesses and information on the incident, which was caught on camera. Sgt. Don Morgan called the video frightening. “It will make your heart skip,” he said. “You see the child just get in the bus and about that time, there goes a semi-truck by, right past the doors. After it goes by, the second child gets on the bus.” (Beatrice Daily Sun image by Chris Dunker)

The 14-year-old girl injured earlier this month when she was hit by a car and thrown into the air as she crossed the road to board a school bus has been released from the hospital, a school official said. The teen spent about a week in the hospital after suffering a concussion and bruises. The driver, who attends the same school, was ticketed on charges of careless driving and passing a school bus while discharging students, according to ShoreNews.com.

A 6-year-old child was getting off a school bus when he was hit by an SUV in Haverhill. Police said the school bus was stopped with the flashing stop sign extended and lights flashing to allow students to get off and cross the street. After the collision, police said the boy was conscious and alert on scene and was taken to the hospital. The SUV driver, who was reaching for a pair of glasses at the time of the collision, was cited for failure to stop for a school bus. 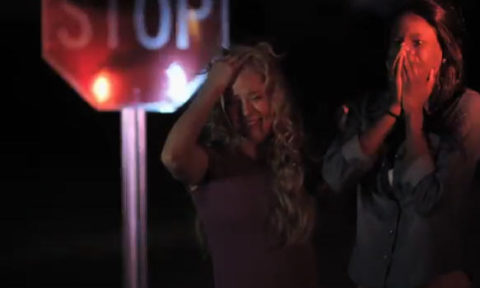 Zero Fatalities NV @DriveSafeNV A single traffic fatality affects more than just one person… That’s why Zero is the only acceptable number. http://owl.y/Qk5k307a8

Retweet by ATS_RoadSafety @ATS_RoadSafety IIHS @IIHS_autosafety US motor vehicle crash deaths are rising with the economy. It’s not just miles driven, but also who is driving them. 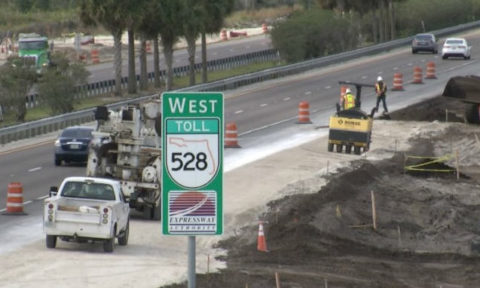 The sights and sounds of major construction permeate the air for a new Beachline Expressway interchange in east Orange County at Innovation Way. The purpose of the project is to prepare the area for people — lots of people. (News 13/MyNews13.com image) 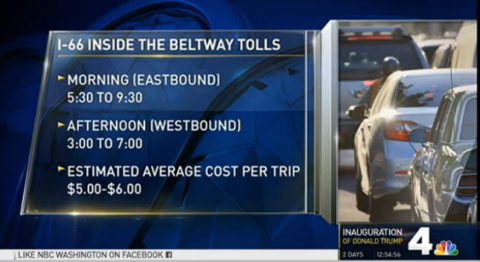 Road work along Interstate 66 inside the Capital Beltway is beginning a project to create new electronic toll lanes in hopes of alleviating traffic congestion while increasing vehicle capacity. The work on the entire project is expected to be completed by mid-2017 for dynamic toll lanes allowing anyone, including solo drivers who would have to pay a toll, to use them. The lanes will be free for HOV-2 plus and buses. (WRC-TV NBC 4 image)

Commentary: Red-Light Cameras Made Me See the Light
The Folsom Telegraph (California), Jan. 17, 2017

While the subject of red-light cameras has its share of pros and cons that range from cost to effectiveness, I can attest first hand, that the use of such devices in troublesome intersections can be effective. …. I believe it will definitely slow us all down and help in many of our area intersections. Until that happens, let’s all practice safe driving. In the end, it will not only save you money, it could save your life.

Mid-morning, a few times a week, a westbound motorist stopped for the traffic light at Main and Lafayette streets watch a northbound, dark-colored vehicle race through the red light. So far, no one has died. But it could happen. In 2014, according to the Insurance Institute for Highway Safety, drivers running red lights contributed to crashes that killed 709 people and injured 126,000. … What are these people thinking?

In some cities that have deployed red-light cameras strategically — say, at intersections with the greatest number of red-light runners observed, or those with the highest volume of serious mishaps — significant traffic-safety improvements have occurred in some cities. These are among the reasons that the Legislature should not seek to impose a statewide ban; local governments should be able to install the devices as warranted by local conditions. Whether on