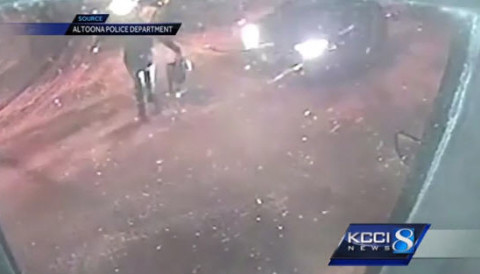 Southeast Polk School officials hope shocking video of a girl getting hit by a car will serve as a safety reminder for drivers this year. The video, taken last January, shows a 15-year-old student getting out of her grandfather’s car to board a metro school bus. The girl is then hit by an oncoming car. “When I saw the video, my heart dropped,” said Dan Schultz, director of transportation for Southeast Polk Community School District. The impact injured the girl’s shoulder. 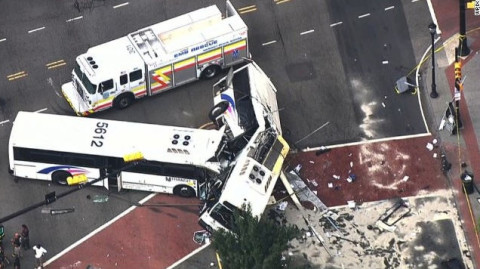 Authorities are investigating a recent crash between two commuter buses that left two people dead and 17 others injured to determine if a driver ran a red-light. The incident occurred at a busy intersection in Newark that had its red-light camera system removed in 2014. … Would an active red-light camera at this intersection have saved two lives and prevented so many injuries in this instance? Recent research suggests that the answer is, yes. See related coverage from ABC News and CNN.  (CNN image)

The nation’s chief highway safety leaders will hold their annual meeting Aug. 27-31 in downtown Seattle to emphasize the importance of safe driving behavior in an era of rapid technological advancement and recent data projecting that overall traffic deaths are increasing after years of decline. (Smithsonian Magazine/iStock image)

The Tennessee attorney general has ruled cities that contract with red-light camera companies are in compliance with state law, expanding on an earlier opinion released in July. Attorney General Herbert Slatery, in his opinion Monday, said the state’s statute that requires a certified police officer determine whether laws were broken does not mean that others cannot examine video images first. Read opinion here. 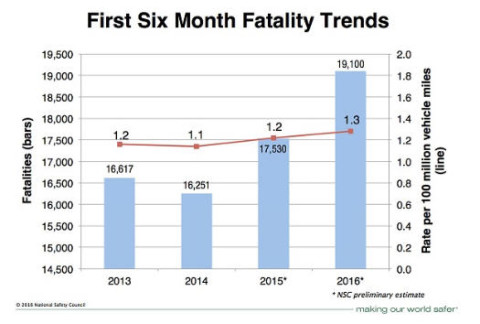 Motor Vehicle Fatalities Up 9%, No Sign of Decrease in Sight
MarketWatch (National), Aug. 23, 2016 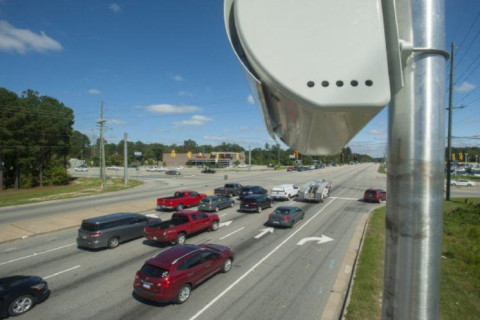 More red-light cameras used to fine scofflaws $100 are coming to five busy Fayetteville intersections. When the new cameras go up, either by the end of this year or early next year, they’ll bring the total to 15 cameras at 13 intersections. Since the first batch went up in July 2015, a total of 16,693 citations have been issued. (The Fayetteville Observer image by Johnny Horne) 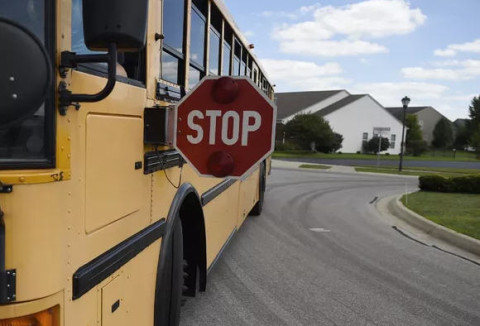 As the bus opens its doors to let a child on or off, both the driver and students know they can’t expect traffic to stop to let a child cross the street. … Drivers break the rules more often than you would think. The state does a one-day count, and in April, 227 school districts reported nearly 3,000 drivers ignored their flashing lights and stop signs and passed the buses anyway, according to the Indiana Department of Education. (Daily Journal image by Scott Roberson) 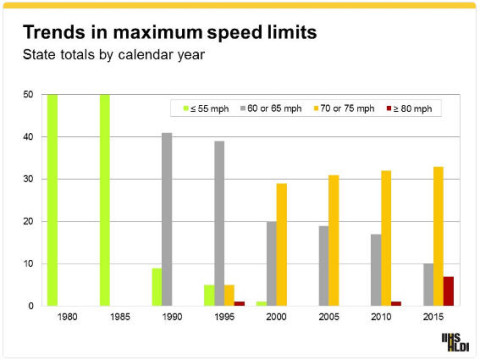 IIHS @IIHS_autosafety More than 9,000 deaths in US occurred in speed-related crashes in 2014.

ATS_RoadSafety  @ATS_RoadSafety Red-light running is common & incredibly dangerous, you know this, but do you actually believe it? See for yourself: ranaredlight.us 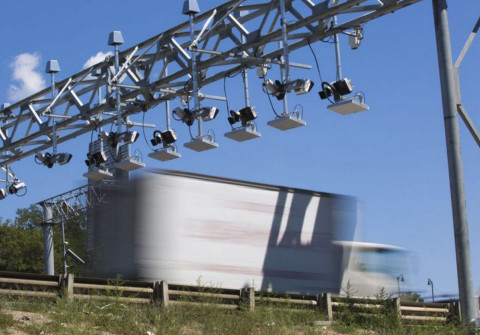 Chugging toward an Oct. 28 launch when the advent of all-electronic tolling will require some drivers to pay more and others less, the Massachusetts Department of Transportation plans seven meetings to hear feedback on new rates. … Each of the new 16 electronic gantries will charge drivers as they pass below. (WBUR-Radio 90.9 FM image)

A proposed toll road is under consideration to finish Tulsa’s Gilcrease Expressway, transportation officials confirmed on Monday. … “This is great news,” said Tulsa Mayor Dewey Bartlett. “The Gilcrease Expressway, as we envision it, will be the completion of a very needed outer expressway loop not only benefitting the city of Tulsa, but the surrounding suburbs in and around Tulsa.” A final decision on the proposed 4.5-mile route has yet to be reached.

Today marks the new increase in tolls set by the State Road and Tollway Authority (SRTA) for the busiest stretches of I-85 in Gwinnett County. Why the increase? The Express Lanes are becoming too popular. SRTA is mandated to keep an average speed of 45 mph in the Express Lanes. So many motorists are now using the lanes, it is becoming tougher and tougher to keep that minimum speed.

Commentary: Here’s How to Add Up Minutes Saved
The Daily Independent (Kentucky), Aug. 23, 2016

Let’s just say you can save 15 whole minutes by passing that stopped school bus. Life is good because 1,440 minus 15 equals 1,425 minutes left in the day for you to do what you need to do. Of course, the math looks a little different if things don’t go as planned. If you break the law and pass a stopped school bus, a child could be seriously injured or killed. The average lifespan is approximately 78 years. If a 9-year-old dies in a bus-related crash, that child has lost 69 years. That’s millions of minutes that child will no longer live because you didn’t do the math and wanted to save 15 minutes.

We’re happy to hear more of the red-light cameras are on the way. … We hope the city keeps them coming, especially when traffic-safety records reveal other intersections that need to be safer. And we’d take it another step too: The city should be using every available 21st century tool to help monitor traffic and catch scofflaws. That would include cameras that nab speeders. Red-light runners, speeders and other reckless drivers are pushing up our crash rates and the insurance bills of good, law-abiding drivers as well.

Letter to the Editor: Off or On, Cameras Send Message
Arizona Daily Star, Aug. 24, 2016

I think most of us are relieved that the cameras are no longer functional, but I feel that they are, or should be, a reminder to be alert at the intersection. If the nonfunctional cameras make some drivers uneasy then those drivers should not be driving. However, I can sit at a red light on Speedway and when my light changes to green, wait and count the cars on Kolb pass in front from left to right making left turns running their red light. So the dysfunctional cameras are not making too many drivers uncomfortable.

Bradenton has red-light cameras already installed, which make law-abiding drivers out of the chronically impatient drivers who do not w