Use Caution while Driving on Memorial Day Weekend
American Traffic Solutions wishes everyone a safe and happy Memorial Day holiday, and wants to remind all drivers that Memorial Day marks the start of one of the most dangerous times of the year for reckless driving. Study results from the National Coalition for Safer Roads found more red-light running violations occurred during Memorial Day weekend than during any other major summer travel period. The danger is compounded this year by AAA’s estimate that nearly 34 million people will drive to their destination this weekend, a measurable increase from 2015. Remember, everyone wants to arrive at their destination safely. Please, stop on red. 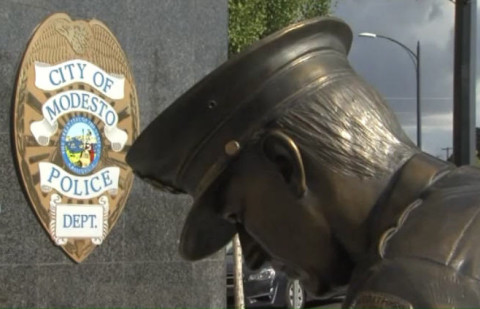 The Modesto Police Department may soon make a decision on whether to reactivate four red-light cameras that haven’t been running in the city for the past two years. … During that time, crashes increased 12 percent. Police attribute the increase to camera disuse and a decrease in staff. (KTXL-TV FOX 40 image) 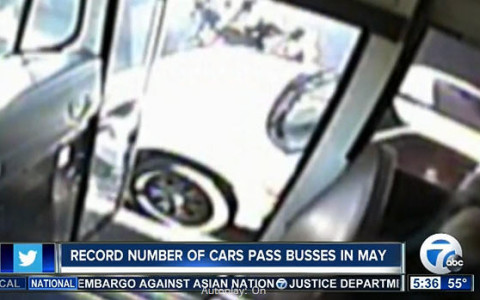 Members of the New York Association for Pupil Transportation are asking legislators to pass a bill that would allow school bus companies and school districts to mount cameras on their buses. The legislation comes as instances of illegal passing of school buses hit an eight-month high. See related article by RochesterFirst.com. (WKBW-TV ABC 7 image) 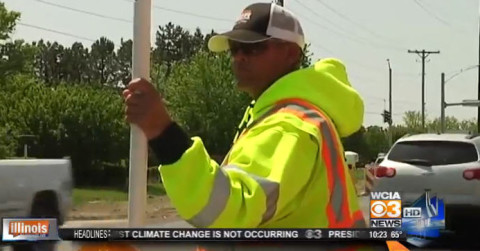 Drivers Refuse to Slow Down in Construction Zones
WCIA-TV CBS 3 (Illinois), May 23, 2016

Road construction workers have one of the most dangerous jobs in America. In 2014, there were more than 20 deaths. It’s the second-highest death rate for professions in the nation. … “There is no speed limit. Even though we have signs posted, people are going to run 70, 80 to 95. The only time they slow down is when we have state troopers.” (WCIA-TV CBS 3 image) 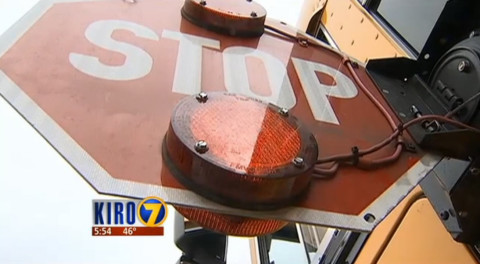 Charges Filed Against Driver in Crash that Injured 2
Yakima Herald (Washington), May 24, 2016

Charges have been filed against the driver of an SUV accused of hitting and seriously injuring two teenage girls after they got off a school bus in Bremerton. The driver was charged Tuesday in Kitsap District Court with felony vehicular assault, for being under the influence of drugs and hit and run. The two girls, 13 and 14, were taken to a local hospital after the Monday afternoon crash. See related article from KIRO-TV Channel 7. (KIRO-TV Channel 7 image)

An elementary school student who had just been dropped off by a school bus was struck and injured Monday afternoon by a southbound vehicle, the Texas Department of Public Safety reported. Emergency responders did not consider the student’s injuries to be life threatening.

Five children and a man were injured after an SUV crashed into a school bus in Haines City, according to police. The incident occurred when the school bus stopped to drop off students. The vehicle driver was taken to a hospital in critical condition. 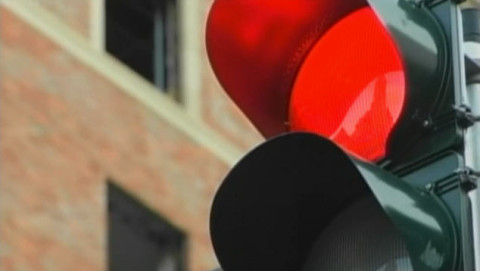 A new report from the city of Rochester shows on average the number of car crashes at intersections with red light cameras are down 20.9 percent. Specifically, the car crashes caused by people running a red light are down 53.2 percent.  (WNYT-TV NBC 13 image)

Students in Baytown are getting a feel for the dangers of distracted driving through a new program paid for with money from the town’s former red-light camera program. The Simulated Impaired Driving Experience go-karts are designed to help drivers experience first-hand the potentially deadly consequences of delayed reaction on their driving skills.

Longview may soon use photo enforcement traffic ticket fines to pay for a $1.3 million police station remodel, despite earlier promises that the fine money would be saved for traffic safety. … City Manager Dave Campbell said the city needed to find a way to finance the police station project despite “pretty intentional decision-making” years ago that the fund only be used for the program and traffic safety purposes. The station renovation has been planned since Longview police moved into the building 17 years ago.

Data from the Sierra Vista Police Department shows that 18 months after red-light cameras were deactivated following a voter referendum, collision rates at three of the five intersections where cameras once operated now exceed pre-camera levels. 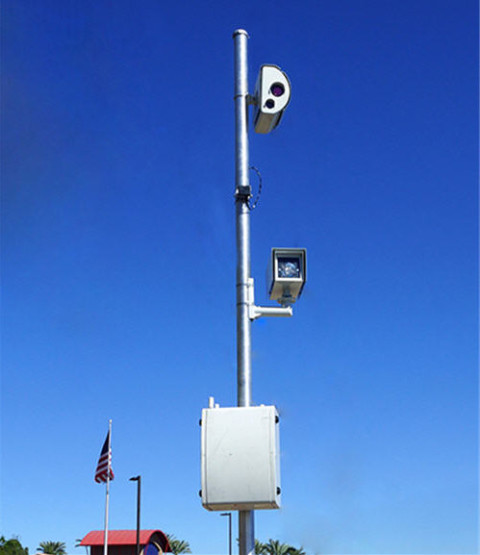 Photo enforcement cameras at seven Chandler intersections have started flashing again as part of a week-long system test. No tickets or warnings for speeding and red-light violations will be issued during this calibration and setup time. Violators will begin receiving warnings by mail on May 23. The cameras will come fully online and citations will be issued on June 20.

Bill Would Expand, Extend Use of Road Safety Cameras
Land Line Magazine, May 23, 2016

A leading Pennsylvania state lawmaker has introduced a bill to increase and extend the state’s red-light camera program at the same time the governor has announced traffic safety grants using the ticket revenue. Senate Transportation Committee Chairman Bill Rafferty is behind a bill that covers traffic signals and the use of automated enforcement in the state.

ATS_RoadSafety @ATS_RoadSafety Drive alert: On average, a pedestrian is injured in a traffic crash every 8 minutes. Pay attention & #StopOnRed 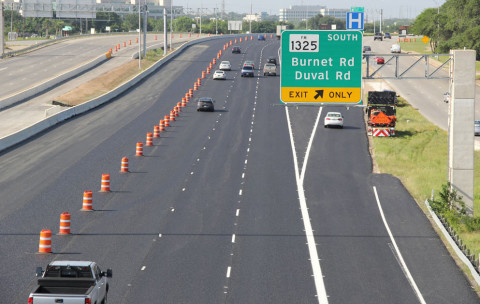 The No. 1 question people have for Steve Pustelnyk is when are the MoPac express lanes going to be finished? Pustelnyk is director of community relations for the Central Texas Regional Mobility Authority, which is overseeing construction of the MoPac Improvement Project. The first section of the project will open this summer, but exactly when the project will wrap up is likely to be the end of 2016. (MoPac Improvement Project image)

Help could soon be on the way for drivers tired of traffic in Palm Beach County, but be ready to open your wallet. HOV lanes on I-95 in portions of the county will soon be transformed into express toll lanes or managed lanes as they’re officially called. The lanes allow drivers to pay a fee that’s based on congestion to bypass traffic.

A steady steam of people lined up to obtain new passes before Pensacola Beach’s SunPass toll booth system launches May 31. With the switch to the statewide Florida SunPass system, SunPass transponders will activated from each of the four beach toll booths. The system should improve traffic flow through the toll booths and it will bring Escambia County into compliance with a federal mandate that toll booth systems nationwide be inter-operable by October.