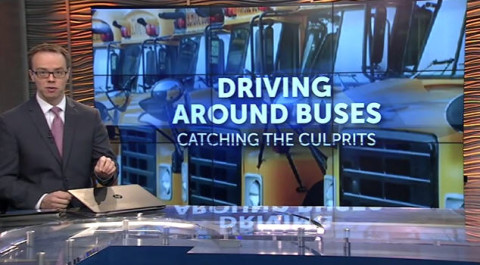 South Carolina Senate Bill 946, currently in committee, would allow police to fine the registered owner of the car caught on a school bus stop-arm camera. If the owner wasn’t driving the car they must prove that to have the $500 fine moved to the driver. State law now allows citations to go to the driver. (WCBD-TV NBC 2 image) 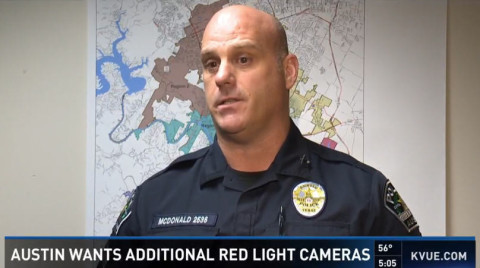 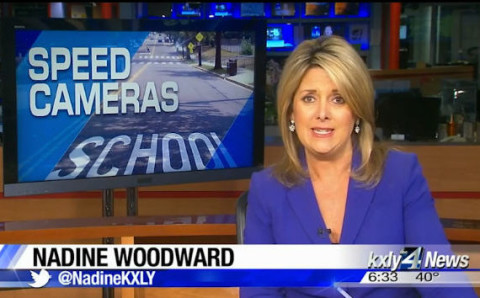 School zone cameras have been activated for three weeks in the Spokane School District and already thousands of speeding tickets have been mailed to drivers. The cameras target drivers speeding in the morning and afternoon when kids are most likely to be walking to or from school. The district estimates 23,000 children walk to and from school each day. See related ATS news release. 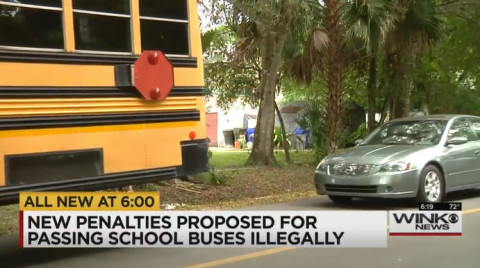 When it comes to passing school buses legally, Florida drivers are getting a failing grade. A newly released report shows tens of thousands of people blew past school buses in Florida when they were stopped. 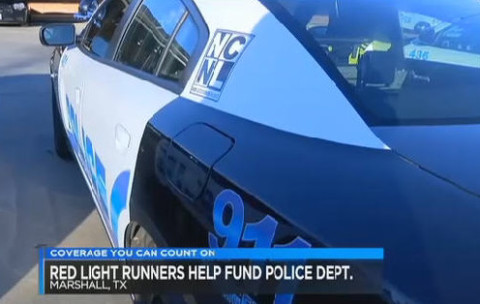 The Marshall Police Department in Texas says money from red-light running fines in 2015 were used to purchase several new pieces of equipment including: a new patrol unit, a golf cart for patrol during large community events, a set of training goggles to teach young drivers to not drink and drive, and 12 electronic ticket writers to replace the old pen-and-paper method and improve efficiency. (KSLA-TV Channel 12 image)

In 60 minutes of watching traffic at a major city intersection recently, Greenville police handed out tickets to 22 drivers who ran red lights. “It is a mess with red lights,” Police Chief Mark Holtzman said, while describing the proliferation of wrecks at major intersections, including those involving pedestrians. “It has to be a top priority in 2016 to get some of this fixed.” Department personnel regularly monitor 10 intersections with the most wrecks in the city. 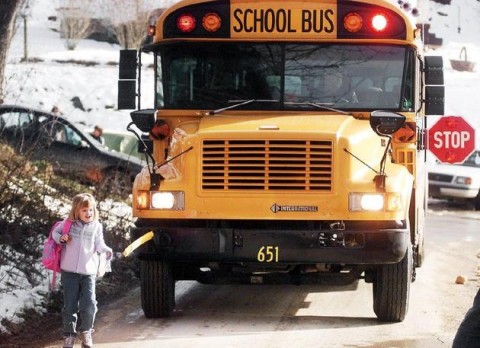 The West Virginia Senate passed a bill Tuesday that aims to deter people from driving past stopped school buses by making it easier for law enforcement officials to pursue charges against those who don’t heed school-bus stop signs. The bill would allow law enforcement to charge the owner of the offending vehicle with running the stop signs. (The Herald-Dispatch image)

Witnesses say a school bus was stopped with its lights flashing as kids were being let off, when the driver of an SUV attempted to go around the bus in a grassy area to the left. By the time the driver was back on the road, the bus was moving again and clipped the SUV. The driver of the SUV was sent to a hospital. 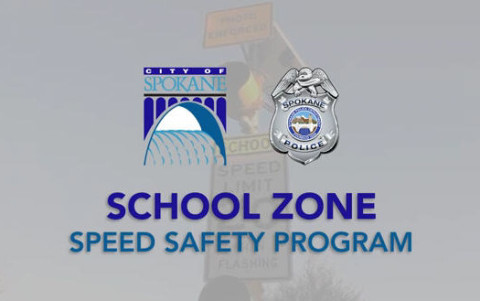 NCSR @SaferRoadsUSA #Searching for the most dangerous #intersections in American you have driven, cycled or walked through! http://ncsrsafety.org/dangerous-intersections

Tolls have helped buses traveling I-405 shave some time off their routes, a key goal to help make what transit is available more reliable and attractive to commuters. About 4,200 people get on buses traveling I-405 each weekday. Morning commutes are 5 to 7 minutes shorter, on average, than they were a year ago, and 3 to 5 minutes faster during the evening commute. Some trips reported more dramatic improvement, by 16 minutes.

The first leg of the Poinciana Parkway is scheduled to open April 1. The $150 million, 10-mile toll road will feature two automated toll plazas, which will require drivers to have transponders in their vehicles.

Commentary: Stop for that School Bus or Else
Lake County News-Sun (Illinois), Jan. 27, 2016

As I stand with him as he awaits his school bus each morning, I see what he doesn’t. Just as well. He has big issues on his mind. Pending fifth-grade math tests are brutalizing. But other concerns momentarily hold my attention. Maybe they should worry you, too, if you have children. Of late, I have begun taking a cell phone camera with me for the morning waiting ritual because I want photo evidence. I plan to capture images of vehicular miscreants every morning. Then I will take the photos to the local police and demand the driver be prosecuted.

A recent article about a possible ban on red-light cameras was filled with statistics, but the most important one was omitted. I’m referring to the number of fatalities occurring at the intersections with cameras. …. If even one life is saved from the irresponsible and or aggressive driver running the red light, then it is worth it.

Rep. Frank Artiles claims a Florida traffic study is “proof” that we should get rid of cameras. However, the study notes that overall crashes in the state increased by 50 percent while crashes at intersections with cameras increased 15 percent. Thus, the study may actually indicate that intersections with red-light cameras are safer because such locations had a much lower percentage increase in crashes than the state as a whole.

I suggest the newspaper obtain information from the Courier Police Department about crashes caused by people running red lights since the red-light cameras were removed on Feb. 19, 2015. … I did not support the removal of the red-light cameras because I believe they were a deterrent to scofflaws. … Hopefully, we can bring the camera system back to Conroe sometime in the future.