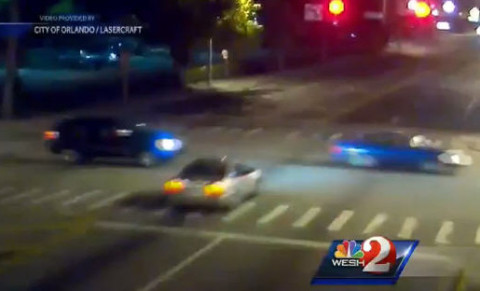 Orlando officials said they’re planning to increase the number of red-light cameras at intersections as other cities are curbing the practice. City officials said crashes caused by motorists running red lights have fallen 65 percent because of the cameras, and the $158 tickets are teaching a valuable lesson. They said 9 percent of the drivers who get red-light violation notices are repeat offenders. 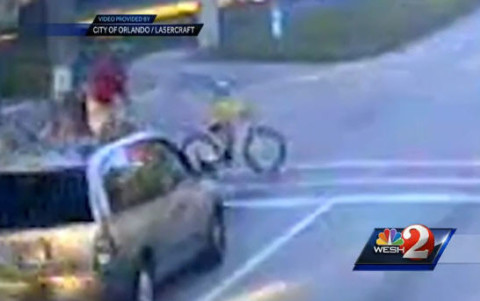 A 7-year-old girl is recovering after a crash caught on video by a red-light camera in Orlando’s College Park neighborhood. Video evidence shows the driver entering the intersection nearly 8 seconds into the red-light phase. Police issued the vehicle’s driver a ticket and a fine for the collision. The driver, who was caught on video running the same red light on Sept. 28, said he is blind in one eye and the trees blocked his view. The collision broke the girl’s leg. 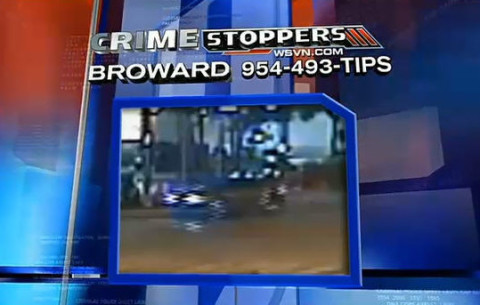 Police have released red-light camera footage, Wednesday, hoping it will help catch a hit-and-run driver who killed a 15-year-old girl, a day earlier. … Those mourning her hoped to assemble a small march Wednesday evening, but the one clue they continued to talk about is the camera footage that could put the reckless driver behind bars. (WSVN-TV Channel 7 image) 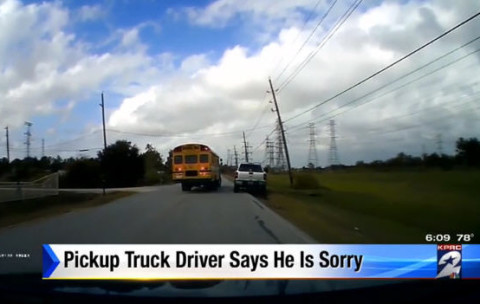 A Crosby driver is apologizing after a dash camera captured him cutting off a stopped school bus full of kids. The 28-year-old driver turned himself in to authorities Monday. The dash camera video shows his truck cutting off a Crosby ISD bus, as it was stopped, displaying flashing lights.

If you illegally pass a school bus in the Highline District, you’re likely to get a $394 ticket in the mail. The district is one of the first in the state to roll out a new school bus camera system that helps nab drivers who ignore buses’ lighted stop paddles. Even after 17 years of driving a school bus, Rodger Fowler is still amazed at what can happen when he stops to let students on or off his bus and puts out that paddle.

ATS_RoadSafety @ATS_RoadSafety IT MATTERS: slowing down, even a few miles per hour, makes the difference of survival. #SpeedKills Learn more: http://www.atsol.com/solutions/speed-safety…/ 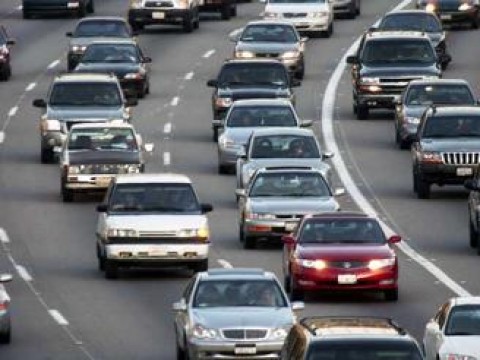 Commentary: Tolls on All Interstates Could Relieve Congestion
The Hill (Washington, D.C.), Oct. 28, 2015

Congress continues to struggle in an effort to come up with a transportation funding plan. The Senate passed a bill last summer and the House is working on its own bill. Both bills fail to effectively address the most pressing transportation problem, congestion. Congestion exists because we do not charge vehicles when they enter a highway. This results in overuse or congestion. The solution to this problem is to charge a toll when people decide to drive on a highway. Congress restricts the use of tolls on congested interstate highways, which makes no sense. (NBC Los Angeles image)

One month after they went online, the Interstate 405 Express Toll lanes are moving drivers faster — even in the general purpose lanes. That’s the claim made Tuesday by the Washington State Department of Transportation. “They have immediately brought back reliability to transit and to vanpools and carpools. They’re allowing other drivers to get into 405 and be able to get there when they need to get there,” said Craig Stone, WSDOT’s tolling director.

Two Lee County employees helped lead Cape Coral Police to an arrest in a tragic hit-and-run death. The two employees thought they might be able to spot the suspect’s car by looking through video of cars driving through the Midpoint Bridge Toll Plaza, which is equipped with dozens of cameras. It wasn’t long after fast forwarding through Wednesday morning video that they noticed the blue Dodge pickup truck and a license plate number to give to police.

In Tucson, the safety benefits of photo enforcement, especially as it relates to red-light crashes, are clear. … According to a recent report issued by the Tucson Police Department, collisions at eight intersections monitored by red-light cameras decreased by 70 percent since the cameras were installed in 2007, falling from 188 crashes in 2006 to 57 in 2015. … Proposition 201 needlessly eliminates a proven tool aimed at curbing one of the deadliest driving behaviors in the city.

In his guest column, John Kromko states that there is no independent study that shows red-light cameras reduce accidents. For 17 years, I drove across town from the Broadway and Houghton Road area to Grant and Silverbell roads. Prior to the cameras I saw an average of two T-bone collisions a week. After the cameras were installed it was about two times a month. … Empirical evidence shows the cameras do reduce crashes and increase safety.