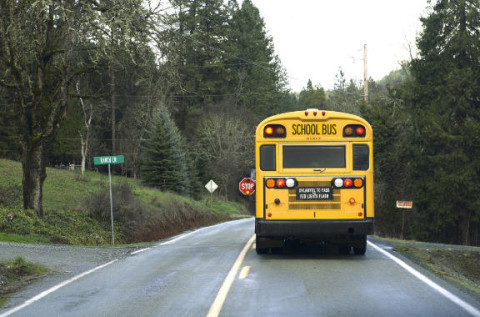 The New York Association for Pupil Transportation is preparing “the cleanest bill possible” for lawmakers to vote on when they return in January. The new bill would make it possible to install cameras on the outside of 50,000 school buses around the state to identify and issue tickets to motorists who illegally pass stopped school buses. (School Transportation News image)

A Tampa woman has been cited for careless driving after authorities say she rear-ended a Hernando County school bus. The Florida Highway Patrol reports that the bus was stopped with its lights and stop arms activated to pick up a student Monday morning when the driver crashed into it. 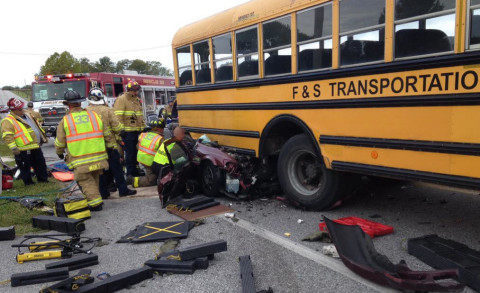 A Gettysburg woman died after the car she was driving rear-ended a school bus in Berwick Township on Monday. The bus, which was in the eastbound lane in the 6900 block of York Road, has stopped to pick up a student when the crash happened.

Less than a week into the school year, Parkland bus driver Carol Williams witnessed her first illegal school bus passing. With 39 years on the job, the veteran driver knows it was the first of many, but it’s possible that this year she’ll see more of those violators in court. With only a quick eye and noisy horn as her tools in the past, Williams is now driving one of eight Parkland buses equipped with special exterior cameras capable of capturing footage of a violation.

A driver who slammed into the back of a school bus in Santa Rosa on Friday was transported to Santa Rosa Memorial Hospital with injuries, the California Highway Patrol reported. The wreck occurred just before students began boarding the bus, so no children were injured. “The bus had just come to a stop and students were preparing to board the bus,” CHP Officer Steven Fricke said, adding that the vehicles red lights and stop sign were fully deployed.

The driver of a Lee County school bus who crashed into a car and injured the driver on Gladiolus Drive on Monday has been cited after she failed to stop at a red light, according to the Florida Highway Patrol.

A motorcyclist had his right foot severed after he ran a red light and crashed into a Dodge vehicle across from Mission Bay on Saturday. … The light was red for the 36-year-old man driving the Suzuki motorcycle on Sunset Cliffs Boulevard and he ran the light, hitting the front of the Dodge and severing his right foot, San Diego police Office Robert Heims said. 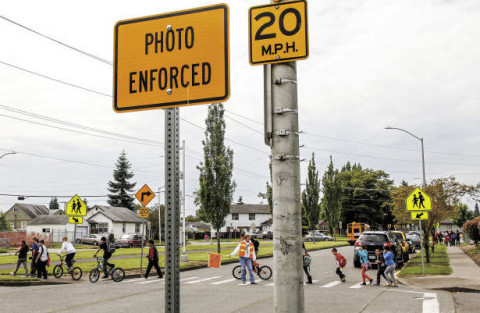 Longview police issued nearly 900 school-zone speed camera violations during the first week of school earlier this month. To compare, the agency issued 10,000 tickets in all of 2014. (The Daily News image by Bill Wagner)

More motorists got nabbed speeding by police radar guns this week compared with last, and with additional officers set to start using the equipment later this month, the number of those caught is likely to increase in the coming weeks. The police-manned radar guns caught about 570 people speeding from Sept. 12 to Sept. 18. That is up from 300 between Sept. 5 and 11. Between Aug. 28 and Sept. 4, about 700 were cited. 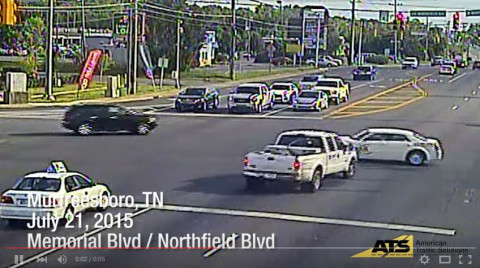 Stop the Texts @StoptheTexts In 2013, distracted driving killed 3,154. Texting and driving is nothing to LOL about. #StopTheTexts #JustDrive 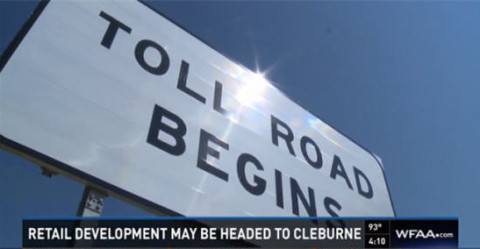 Johnson County leaders say they’re sure the sign that reads “Toll Road Begins” will change everything. “It’s the catalyst of future growth in the county as a whole,” said Commissioner Rick Bailey. Along with providing a 25-minute commute from Tarrant County, the Chisholm Trail Parkway is sparking new interest from developers. 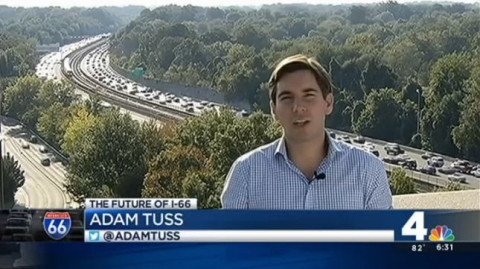 The Virginia Department of Transportation is considering tolls and construction to ease congestion on Interstate 66. Inside the Beltway, there’s no room for expansion, so tolling is the solution. … The tolling system would work like the express lanes on the Beltway and Interstate 95: Pay the toll and you’re promised a faster trip.

If you’ve never been cited by one of Tucson’s red-light cameras, then you’ll probably share my dilemma when you look at next month’s general-election ballot. That’s because you’re being asked to ban these cameras, which make common sense as a tool for stopping or catching red-light runners. ….  Here’s my imperfect way of resolving the dilemma. As a person who has somehow avoided red-light camera tickets all these years despite my weaknesses as a driver, I’m going to oppose the ban. I think the cameras are a worthy tool whose problems can be fixed.

“Speeding is the No. 1 complaint that we get. My understanding of the Youngstown cameras is that they’ve worked. The word is out and people are slowing down.”
Todd Coonce, Police Chief of Hubbard Township
The Vindicator (Ohio), Sept. 24, 2015

“That’s the power of the stop-arm camera. You witnessed it, you can get the basic information, but now you can go back and review it. This kind of thing is always on the minds of people in the industry.”
Anthony Naradko, Parkland School District Transportation Director
The Morning Call (Pennsylvania), Sept. 21, 2015