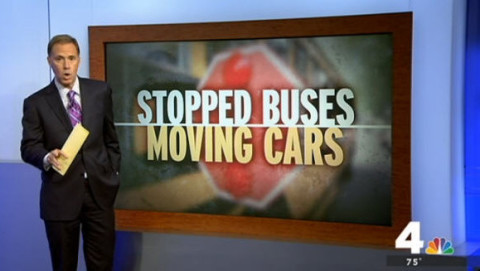 The chairman of the Montgomery County Council Education Committee has asked for a state investigation of the safety of some local bus stops, because of the findings of a News 4 I-Team report. Council member Craig Rice requested the State Highway Administration review the safety of pedestrians at the bus stops along state Route 355, where a large number of drivers were ticketed for illegally passing stopped school buses. 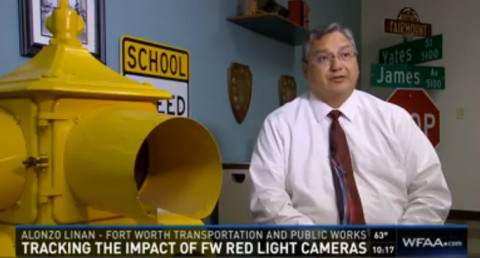 Fort Worth Official Says Cameras Are Working as Expected
WFAA-TV ABC 8 (Texas), May 26, 2015

The Fort Worth Official in charge of the city’s red-light camera program says it is having the intended effect on driver behavior. 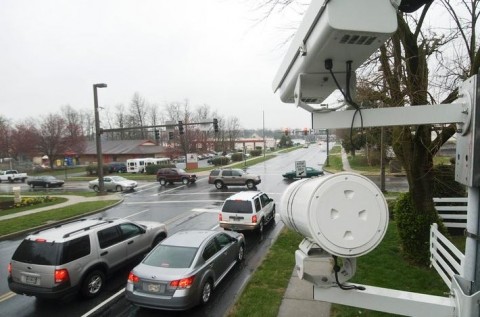 Two additional red-light violation installations have been added to two of the city’s busiest intersections. … The city of Frederick’s program, which began in 2005, will now have 14 installations covering the city. In the past two years, more than 48,000 violations have been recorded. (Frederick News Post image by Travis Pratt) 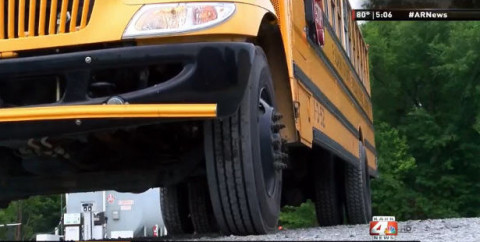 An 8-year-old boy is recovering after being hit by a car Tuesday morning. The second-grader was walking up to a school bus when he was hit, according to police. He suffered non-life-threatening injuries, police said. The driver said she didn’t see the school bus with its flashing lights on until it was too late to stop. (KARK-TV NBC 4 image) See related coverage from KATV-TV ABC 8. 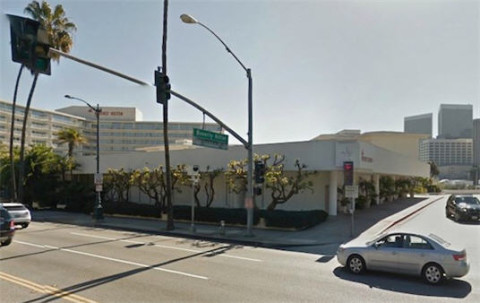 As many cities abandon their red light cameras, Beverly Hills is not only turning theirs back on, they’re installing several more. … By June 15, a total of 15 cameras will be flashing those speeding through the intersection. (Beverly Hills Courier image)

The city of Toledo’s amnesty program for delinquent speed and red-light running violations caught on camera will expire June 7. The program allows people with unpaid violations to pay two-thirds of the delinquent amount and the remaining balance will be forgiven. After the amnesty program ends, the city plans to file lawsuits to collect unpaid fines. 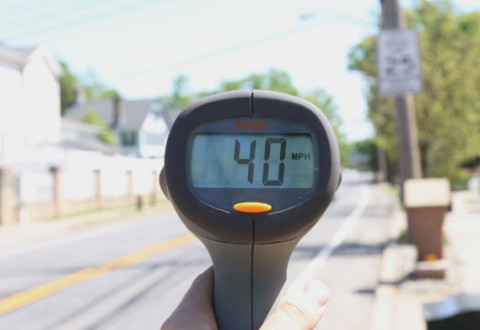 With Cameras Out of View, Speeding Persists
SILive.com/Staten Island Advance (New York), May 28, 2015

Staten Island has long been synonymous with driving mayhem — and speeding is often at the top of that list. Speeding was logged as the top concern at the Department of Transportation’s (DOT) Vision Zero public forums on the Island. It was also the most common complaint on the city’s Vision Zero input map for Richmond County. And just last month, a 32-year-old man died in a crash police say likely involved speeding. (Staten Island Advance image by Vincent Barone)

A bogus paramedic, who was running errands for his sick wife, has been jailed after disguising his wife’s car as an ambulance. The 60-year-old man attached a flashing blue light to his wife’s Renault. He had an “emergency response” sign painted on the side and wore a paramedic’s uniform. Despite not have a licence, he drove up to 73 mph and ran red lights, but was arrested after being flashed by a speed camera in South Wales. 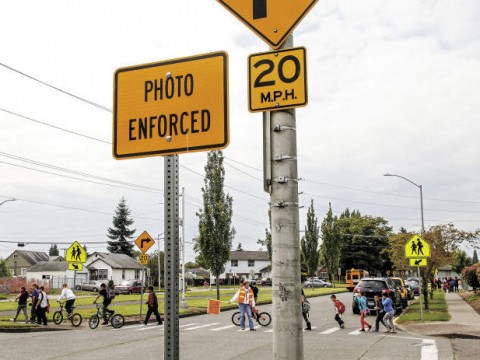 The police department is seeking $110,000 from Longview’s traffic safety fund — revenue from school-zone speed camera tickets — to pay for an office assistant. The position was eliminated at the end of 2013, but since then “the volume of photo enforcement work done by police clerical staff has increased fivefold from 2012 to 2014,” according to the proposal. (The Daily News image)

WE WANT TO HEAR FROM YOU!
Please take a moment to click on the image above and complete the brief survey that opens up. Your input will help ATS make your experience with Road Safety Ink the best it can be! Thank you for your comments. 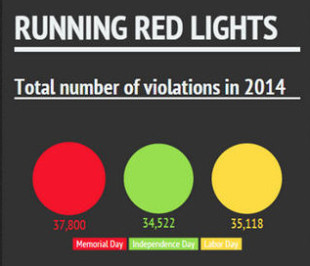 NCSR @SaferRoadsUSA Summer is reported to be the most dangerous time of the year on the road. Reckless driving is a key contributor. 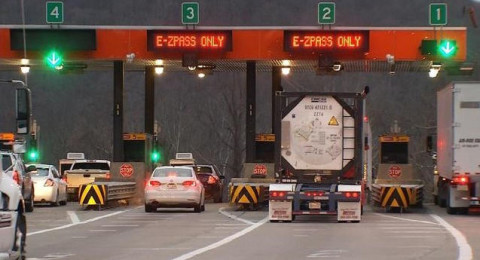 A Better Way to Pay for Our Infrastructure Fixes?
The Fiscal Times (New York), May 21, 2015

A study, by a trio of highly regarded experts working with the Brookings Institution’s Hamilton Project, proposes that over the long term, a better way for the United States to pay for its infrastructure might be to take funding out of the hands of government officials — particularly federal officials — and largely automate it through the collection of user fees like road tolls and transit fares. The authors propose making existing transponder-based wireless toll collection systems interoperable nationwide.