Nearly one in seven Americans will be traveling 50 miles or farther this Thanksgiving Holiday, and 41 million of them will do so on the road. American Traffic Solutions encourages drivers to extend courtesy and caution to their fellow travelers so that everyone may reach their destination safely. Have a wonderful and warm Thanksgiving. 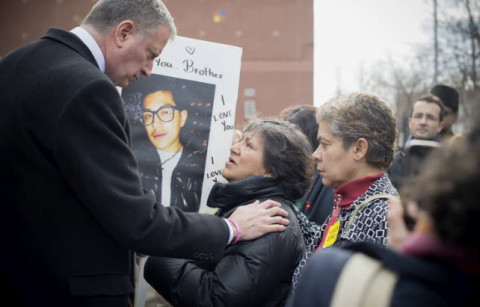 A remarkable amount of the time, all these buses and taxis, cars and bicycles, joggers and walkers, manage to coexist on the streets of New York, but when something goes wrong, it can be horrible, leaving families devastated. (PBS Newshour image) 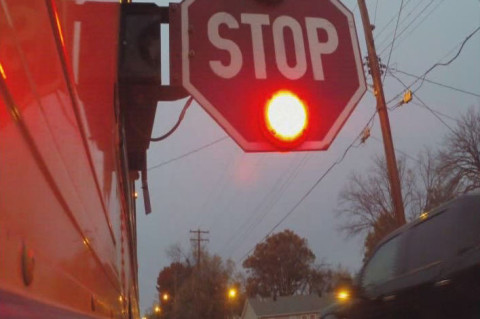 When the lights are flashing on a school bus, drivers are supposed to stop; but, bus drivers say that doesn’t always happen. Chances are they will get away with it. In a Region 8 News investigation, we used our cameras to catch these lawbreakers. 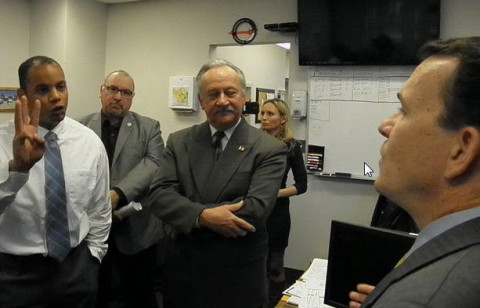 The state’s red-light camera program should be extended for another two years and it should be the towns, and not the state, who make the final decision if the cameras stay or are shut down, Linden officials said. See related article from NJ Advance Media here. (NJ Advance Media photo by Larry Higgs)

Thanksgiving weekend is one of the busiest weekends for American roadways. Millions of people will be traveling long distances to celebrate the holiday with family and friends, leading to an increase in distractions, drowsiness and risky driving. According to NCSR’s Safer Roads Report 2014: Trends in Red-Light Running, there were 31,790 reported red-light violations during the Thanksgiving holiday period last year, leaving intersections across the U.S. at higher risk for vehicle collisions. View report here. 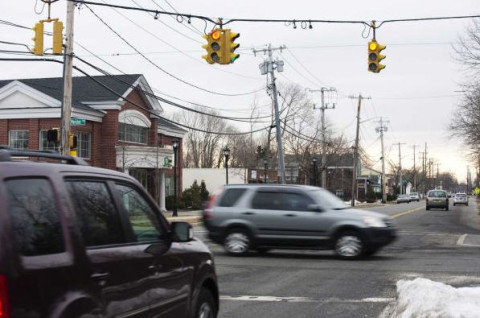 Revenue from Suffolk County’s red-light camera program jumped nearly 80 percent in 2013 to more than $17 million, as the county added new intersections to the program and a $30 fee to tickets, according to a county report. The number of accidents at the 100 intersections with cameras declined an average 5.4 percent, compared with the 12 months before the cameras were installed. Accidents involving injuries dropped 10.6 percent, while side-impact collisions fell 30 percent. (Newsday photo by Heather Walsh)

A 16-year-old driver ran a red light early Thursday and struck another car, killing both occupants of the other vehicle, according to the Florida Highway Patrol.