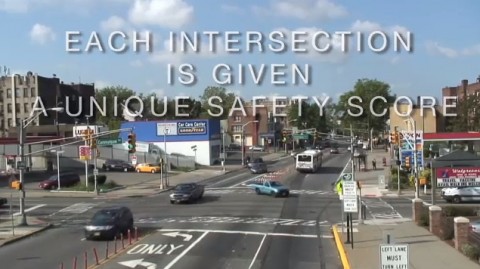 One of the two vendors for New Jersey’s controversial red-light cameras has put out a video intended to provide a comprehensive look at the process — and clear up some persistent questions. The video by American Traffic Solutions is scheduled to be advertised on NJ.com and New Jersey 101.5. Click here for video. See related press release. 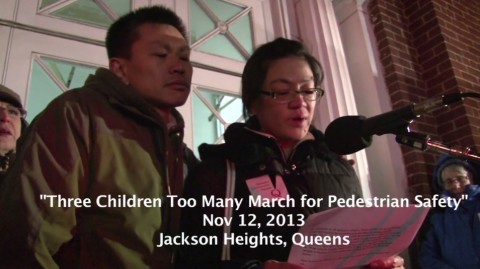 Advocates for safer streets recently held a rally in Queens called “Three Children Too Many.” It memorialized three young victims of traffic violence, who died in the Jackson Heights neighborhood over the past year. At the rally, the parents of Allison Liao, a 3-year-old killed by a driver who failed to yield in a crosswalk in Flushing, Queens, gave voice to their grief. Click here for video. (Image by The Atlantic Cities and StreetFilms) 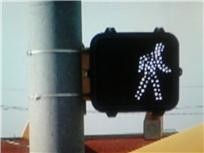 Two city Traffic Commissioners are intending to randomly check a number of crosswalks this weekend to determine their safety. Commissioner Mark Nair says because revenue from the red-light cameras is dedicated to traffic safety, they’d been considering crosswalk safety for some time. 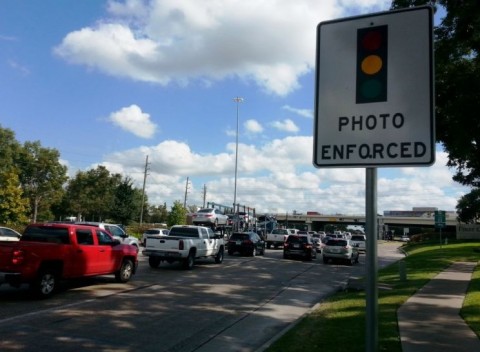 The Traffic Safety Task Force recommended the continuation of red-light cameras in Sugar Land but asked City Council on Nov. 19 to consider modifications such as increased signage and yellow light timing. The task force acknowledged the cameras are an important public safety tool that contributes to the safe operation of high-volume intersections in Sugar Land by changing the behaviors of drivers. See related coverage from Sugar Land Sun. (Photo by YourFortBendNews.com)

The state Department of Transportation said this week it would not require Piscataway to take down its red-light cameras along South Plainfield’s border. Assistant DOT Commissioner Anthony J. Attanasio said that Piscataway’s cameras are part of a five-year pilot program and that data from the intersections is needed so the department can “make sound safety recommendations to the Governor and State Legislature.”

Nassau County began installation of two red-light cameras on Friday afternoon along Jericho Turnpike. The county currently has cameras at 76 locations out of the 100 it is allowed under law.

Members of the Diboll City Council elected on Monday to place additional red-light safety cameras along U.S. Highway 59 in the city. The approved resolution authorizes American Traffic Solutions to install cameras at the three selected locations.

The Pueblo Police Department has partnered with American Traffic Solutions to install a third red-light safety camera to its program. Police said the camera systems are in response to a survey completed last year, which identified intersections with a high number of red-light violations. 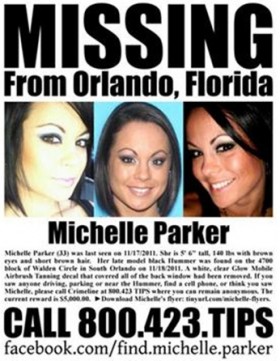 Orlando police released red-light camera video showing what they say is the vehicle of Michelle Parker, who vanished two years ago in Central Florida. 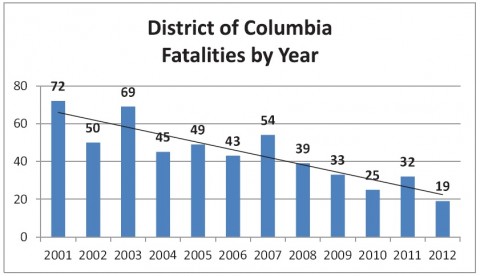 During the month of November, Scottsdale’s new fixed site photo enforcement location at Alma School Road and Dynamite Boulevard /Rio Verde Drive will issue warnings only to alert the public of the new device. After the 30-day warning period is over the photo enforcement site will begin issuing citations to drivers who travel 11 miles or more over the speed limit. 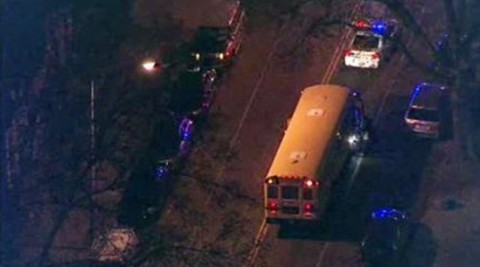 Police say a pedestrian was struck by a vehicle after getting off a school bus in West Philadelphia Tuesday evening. … The victim’s injuries, according to investigators, are non-life threatening.

A teenager was injured after she was hit by a vehicle at the intersection of 19th and Flannery streets on Tuesday afternoon. According to Capt. Paul Greene of the Rome Police Department, a group of children had been let off the school bus and were in the roadway. A vehicle swerved to go around the children and struck the teen. Her injuries do not appear to be serious.

Kent to Use Speed Cameras to Stop Lead-Footers Near Schools
KomoNews.com (Washington), Nov. 18, 2013

The city of Kent, which has shunned traffic cameras in the past, has reversed course and is installing its first cameras ever to maintain safety around two elementary schools.

The U.S. Department of Transportation will soon release a new, advanced, web-based textbook on intelligent transportation systems, the ITS ePrimer. This electronic resource will provide transportation professionals, educators, students, and others with a series of up-to-date, web-based modules describing key ITS topics, including electronic tolling, with a multi-modal perspective.