Backed by three months of study data, the Town of Orange Park is taking the final steps to install three red light cameras within town limits as a means of adding approximately a quarter million dollars to the town budget and improving local safety.

With 6,000 speeders counted in less than a month at four school zones, the warning period that was to end this week has been extended through Dec. 9, in Seattle. See related coverage in the West Seattle Herald. (The Seattle Times photo by Ellen M. Banner) 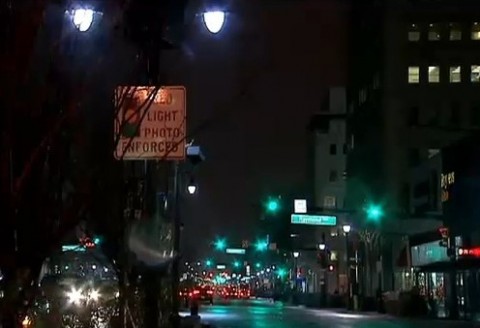 With  the Department of Transportation (DOT) potentially expanding the red-light camera program to new municipalities in the near future, the River Edge Mayor and Council heard a presentation on why they should consider applying if the opportunity arises.

Intersection cameras, and income accrued from photo radar, has garnered a revenue surplus for city police. From January to May 2012, there was an additional $3.2 million — over what was anticipated to be gleaned — from speed-on-green and red-light cameras as well as photo radar, police said. 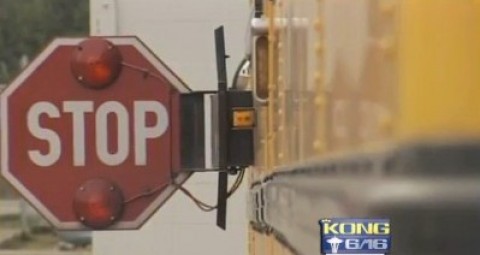 The Bethel School District in Spanaway may be the first to install three tiny cameras on the stop-arm mounted on school buses. The school board approved the idea and the district hopes to install the cameras by the end of the school year. 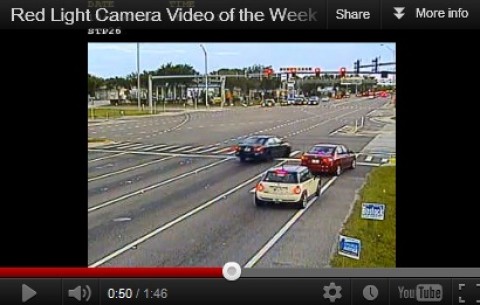 Courtesy of the St. Petersburg Police Department, here’s a highlight reel of bad driving. In this week’s collection are a series of near misses, red-light runners and a vehicle that shouldn’t be on a public road.

Roswell recently decided to ditch its red-light cameras. Other towns have grappled with their cost-effectiveness, as expenses can run tens of thousands of dollars. Today, a traffic expert says the cameras’ worth outweighs operating costs. Alpharetta’s public safety director explains how their program costs are kept low.

I honestly don’t have any hard facts or figures or documented proof to recognize the effectiveness of the red-light cameras and speed vans. I can only speak for myself, but I’ve noticed a demonstrable drop in the number of people running red lights and in those areas where the vans seem to be a fixture there has also been a noticeable drop in speeding. What this means to me is that the traffic control system is working and should be expanded.

“The issue here is that people shouldn’t go through red lights, and the issue behind this legislation is modification of driver behavior. We want drivers to stop at red lights and we want drivers to drive more cautiously. It’s not a justification for people to say they were driving too fast and couldn’t slow down in time. Drive slower.”
John Wisniewski, New Jersey Assemblyman (D-Middlesex)
MyCentralJersey.com, Nov. 28, 2012

“This is about safety for kids and their parents in school zones. Motorists need to slow down and obey the posted speed limits. This technology will encourage safer driving habits and prevent collisions.”
John Diaz, Seattle Police Department Chief
West Seattle Herald (Washington), Nov. 28, 2012

Canada
In Calgary, from 2000 to 2011, collisions at intersections with photo enforcment cameras have decreased 17 percent and injury collisions have fallen nearly 50 percent. Source: The Calgary Sun, Nov. 22, 2012.

At 24 intersections with red-light safety cameras in operation for one year, there has been a 50 percent drop in citations over a year, from 35,644 issued the first month to 17,934 issued in the last month, and a 15 percent decrease in the more severe types crashes, the right-angle collision. Source: The Star Ledger, Nov. 27, 2012.