Say It Again: Stop on Red. The Life You Save May Be Your Own
The month of March is coming to an end and so is the State of Arizona’s Red-Light Running Awareness Month. To all of you who made a special effort over the past several weeks to spread the message to Stop on Red, ATS thanks you. Of course, this message is too important to be confined to a single month. One organization that diligently works for safer roads every day is Arizona’s Red Means Stop Traffic Safety Alliance. In his recent commentary, Frank Hinds, the executive director for the alliance, urges us all to remain dedicated to improving driver safety every day of every month. You can read Frank’s commentary in the Peoria Times. You can  proudly spread the message to Stop on Red anywhere. 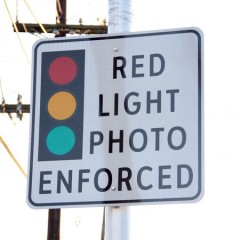 As part of their process to decide whether to install red-light safety cameras at certain borough intersections, Dumont officials recently heard from an American Traffic Solutions representative who explained how the system works.

Ladysmith RCMP said a 49-year-old motorcycle driver who ran a red light and was thrown from his bike is facing several charges.

Elayne Jackson always wore a helmet, which is why after she was hit and dragged underneath a pickup’s trailer Feb. 29, she can sit up in a hospital bed and tell visitors she suffered no brain injuries. She didn’t escape unscathed though, and is urging locals to be mindful of one another on the roads.

Community Newspapers published the most freqently asked questions and their answers regarding red-light safety cameras in the city of West Park. 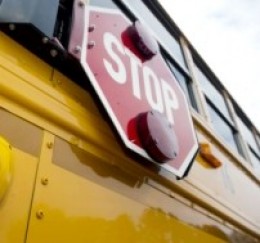 Rowan-Salisbury Schools is cracking down on school bus stop arm violators. They have installed cameras on some buses to catch those who have broken the law. The devices on two buses have led to 10 citations, resulting in five guilty pleas. (Salisbury Post photo by John C. Lakey)

Committing a traffic violation around a school bus may soon earn you a citation if a plan to add cameras to school buses passes.  The Charles County Board of Commissioners heard from the Charles County Sheriff’s Office on Tuesday about the violations and the need for the cameras.

Montgomery County, where about 1,500 school bus drivers file nearly 750,000 reports per year — or 500 reports each — about drivers who illegally pass the school bus they drive, now has a law in place to use cameras on school buses to deter cars from illegally passing. 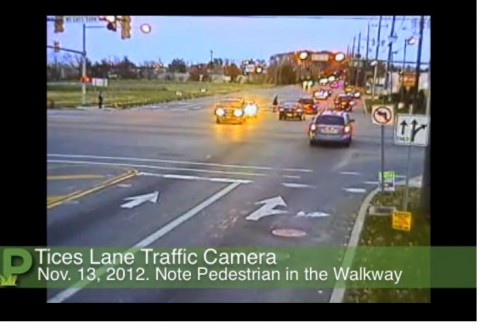 A red-light safety camera at the intersection of Tices Lane and Route 18 has netted 10,384 traffic violations since it went “live” in May 2011. “It has proven to be a real valuable tool,” said East Brunswick Police Sgt. Chris Soke. “Because it’s taking video, we can use it if there’s a hit and run … it’s a valuable tool for law enforcement.”

Mayor Vincent Gray’s proposal to use traffic safety cameras to photograph red-light runners and speeders is to enhance public safety.

Pedestrians and a bicyclist on the streets of Calgary express their opinions on red-light cameras. 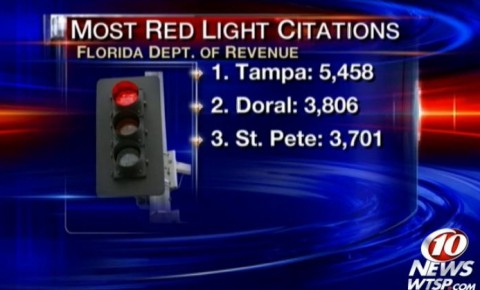 Of 58 cities and towns in Florida with red-light safety cameras, Tampa wrote the most tickets in January with nearly 5,500.

Last June, crews began installing the first of three red-light cameras within Selma’s city limits. … What has changed since that time, and what was the intention of city leaders, is the driving habits of drivers in the areas around these cameras. … You have seen the creation of safer driving zones. Read a pdf version of the editorial.

For the folks who believe that traffic cameras are an intrusion into their lives, then I say what would satisfy you, getting rid of all public cameras? My question is economics: Just how much would it cost to get rid of the Safelight program? I believe the police traffic division would have to invest in some expensive resources.

With regard to the Washington State Supreme Court ruling on red-light cameras, I am happy and would love to see them installed in all school zones!

I have an airtight solution for the red-light camera debate, and it’s so crazy that it just might work – OBEY THE LAW.

Speed and red-light cameras have quickly become an issue in Iowa. … From 2004-2008, the Insurance Institute for Highway Safety discovered cities with traffic cameras saw a 24 percent reduction in red-light accidents in comparison to cities without traffic cameras. They are far from perfect, but they work.

It’s difficult for me to understand why there’s any question whether or not these cameras reduce accidents. Of course they do. That’s why so many citizens are against them; they want to continue to run red lights without any penalty.