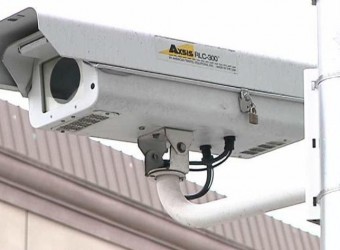 The mayor of Hartford and the state senator who represents the capital city are working together to appeal to the state Legislature to pass legislation to install cameras at traffic lights. See related coverage in NorwalkPlus.com.

Mayor Gary Richardson said the intersection along the highway is a no­torious spot for people run­ning red lights. The plan is to have the second red-light safety camera operational in early February. The city will notify drivers of the camera locations by put­ting up signs. 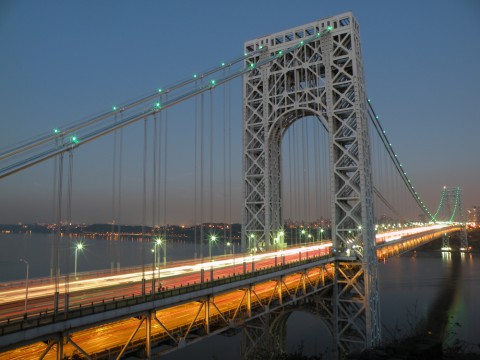 Fort Lee, which is home to one end of the world’s busiest bridge, might soon consider proposals from vendors of red-light safety cameras, over the objections of residents. In 2010, 51.2 million vehicles crossed the George Washington Bridge from Fort Lee into Manhattan. (Photo by Evabin.wordpress.com)

Hartford Mayor Pedro Segarra is expected to announce his support for a proposal to install red-light safety cameras in next month’s legislative session.

In an effort to show just how dangerous running a red light can be, American Traffic Solutions, the biggest supplier of red-light safety cameras, has been sharing crash clips on YouTube.

@Distraction.gov  “I want people to realize the consequences of what can happen when somebody’s not paying attention.” http://bit.ly/zRmP3e 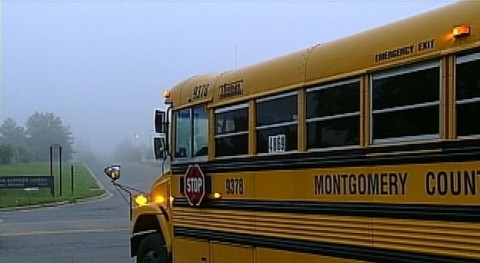 In a push to keep kids safe, Montgomery County could soon have more eyes watching out for dangerous moves on the road. See related coverage in WAMU.org.

Governor Terry Branstad says he supports an effort to toughen the state’s school bus safety laws. A group that includes the mother of a northern Iowa girl who was hit and killed as she tried to board her school bus has been lobbying legislators to pass a bill on the subject this year.