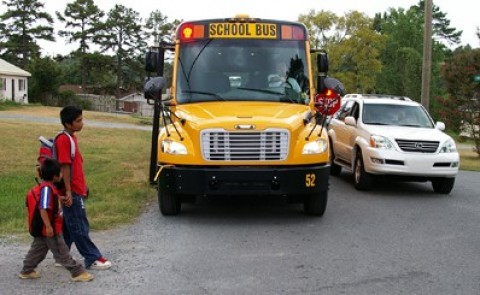 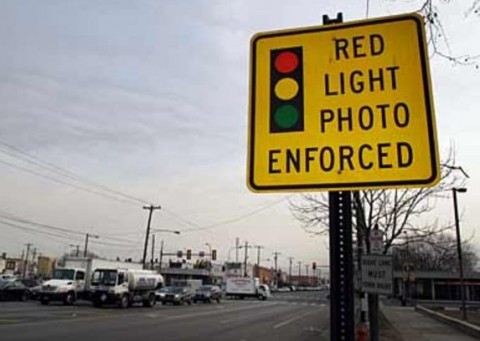 A bill that would authorize 19 of Pennsylvania’s most-populated cities — including Harrisburg — to install red-light cameras in an effort to improve traffic safety won approval from the state Senate this week. See related coverage. (Philadelphia Inquirer photo by Laurence Kesterson)

A man who drove his vehicle through a stop light while talking on his cell phone has been arrested on suspicion of felony DUI causing injury, according to Redding police. The driver broadsided a vehicle crossing his path.

An increase in red-light camera revenues, an uptick in sales tax collections from new businesses and tough spending cuts helped the village of Willowbrook record an increase in revenue this year and replenish reserve funds. 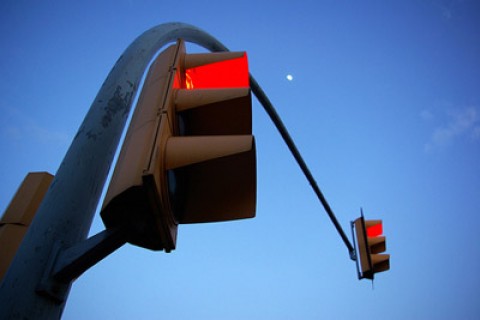 This week’s appeals court ruling addressed fines that are similar to the ones issued by Springfield until March 2010, when the Missouri Supreme Court said the fines had to be handled by a municipal court judge, not by an administrative judge. The court ruled the fines to be legal. See additional coverage.

Littleton’s fourth and fifth intersections with red-light cameras will begin testing this week. The two locations accounted for more than 50 collisions in the city in 2010. Authorities will begin issuing tickets from the red-light safety cameras at the new locations on Nov. 24.

A red-light runner in North Miami Beach collides once and narrowly misses a motorcyclist in this on-site camera footage.

Xylina Rivera travels with precious cargo, so she sees no reason to put the brakes on legislation that would catch red-light violators on camera in York.  “I was in one major accident, by McDonald’s a few years back, a guy ran a red light and it was really bad,” she said.

Starting in the next two weeks, the cities of Tampa and St. Petersburg will mail out $158 fines to drivers caught on camera running red lights. To answer some drivers’ concerns about the accuracy of the program, Channel 10 went behind the scenes with officers to see how potential violations are reviewed.

American Traffic Solutions is pleased to announce that the city of West Park, Florida, and the township of East Windsor, New Jersey, have each signed long-term agreements for road safety camera programs.

@ATS_RoadSafety Have u been the victim of a red-light runner?Need someone to talk to?Check out this great organization for more info: http://bit.ly/oHV7nJ

Florida’s roads are so rife with aggressive driving that it’s getting tougher to distinguish Sunshine State motorists from the lunatics that Mel Gibson confronted in the “Road Warrior.”

In recent weeks, communities across the country have worked to make their roads safer through the use of a crucial safety tool. We are writing to express our support for the use of photo enforcement to make Maryland’s roads and intersections safer.

“We believe the cameras are having a positive effect. Overall, crashes are down, and [red-light] citations are down about 90 percent. Drivers’ habits have changed, and traffic has slowed down.”
Vincent J. Fenerty, Philadelphia Parking Authority executive director
The Philadelphia Inquirer (Pennsylvania), Oct. 25, 2011

“This is a safety based program. For every person who does not run a red light, that is a potential fatal accident that we don’t have.”
Greg Brand, Milton police chief
Pensacola News Journal (Florida), Oct. 21, 2011

“It’s really no different than a police officer being able to stand out on a corner and watch every single violation that occurs. … There’s three or four people looking at this before anyone ever sends it out as a violation.”
Carl Giguere, Tampa police sergeant
WTSP TV Channel 10 (Florida), Oct. 20, 2011

Pennsylvania
The Pennsylvania Department of Transportation reviewed “reportable” crashes (those involving death, injury, or damage requiring a tow) at 10 intersections in Philadelphia and found those collisions dropped 21 percent, from 157 a year before cameras to 124 a year after cameras. Reportable accidents were down at eight intersections and up at two, PennDot found. Source: The Philadelphia Inquirer, Oct. 25, 2011.